In 2010 the whole world heard about Iceland.  A volcanic eruption under the Eyjafjallajökull Glacier sent a colossal plume of ash South wards towards Europe and the UK.  This was due to both the very fine grain of ash and an unusual Northerly wind. All planes were grounded because of the fear of damage from the ash cloud.  The grounding of all European flights affected international flights all around the world.  Luckily this is a quite a small Icelandic volcano. The Eyjafjalljökull glacier is in South Iceland close to the Seljalandsfoss and Skogafoss waterfalls and just a few miles from the coast.  Inland, the glacier is adjacent to the Westman Isles which are a chain of volcanic islands off the South Coast. If you literally translate ‘Eyja-fjalla-jökull’ it means ‘Island mountain glacier’ this is because it is included in the chain of volcanoes that make up the Westman Isles, although Eyjafjalljökull is an inland mountain.  Eyjafjalljökull Volcano is a strato volcano which means that it is more likely to send exploded ash into the stratosphere rather than lava flows.

How to say Eyjafjalljökull LINK

All Icelandic volcanoes are carefully monitored, but there is a priority with the ones that erupt often or cause the most destruction.  Eyjafjallajökull hadn’t erupted for 200 years and was not considered a threat, but they noticed that the summit of the glacier had risen by a meter.  Changes in elevation are a sure sign of changes deep below the volcano. 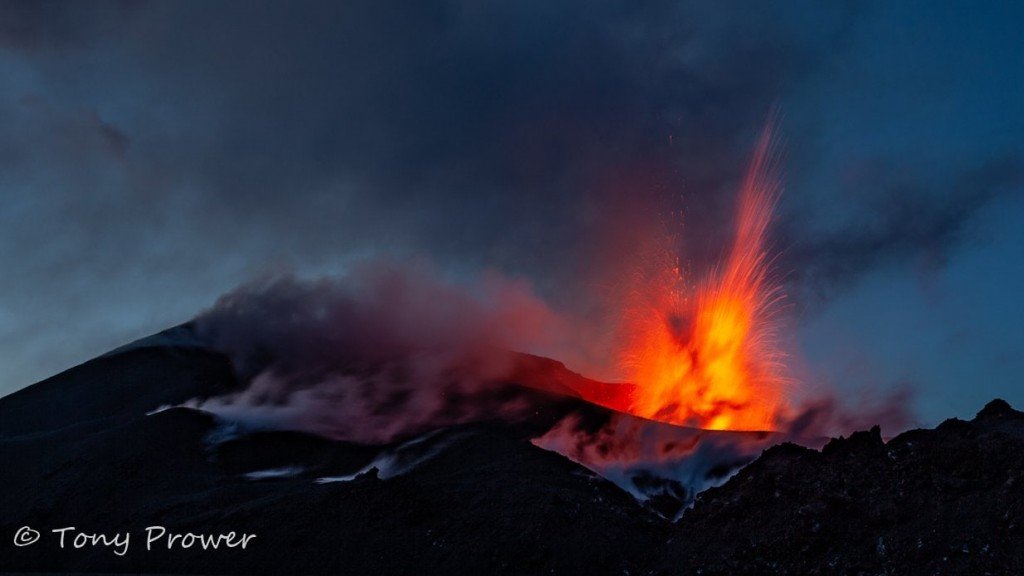 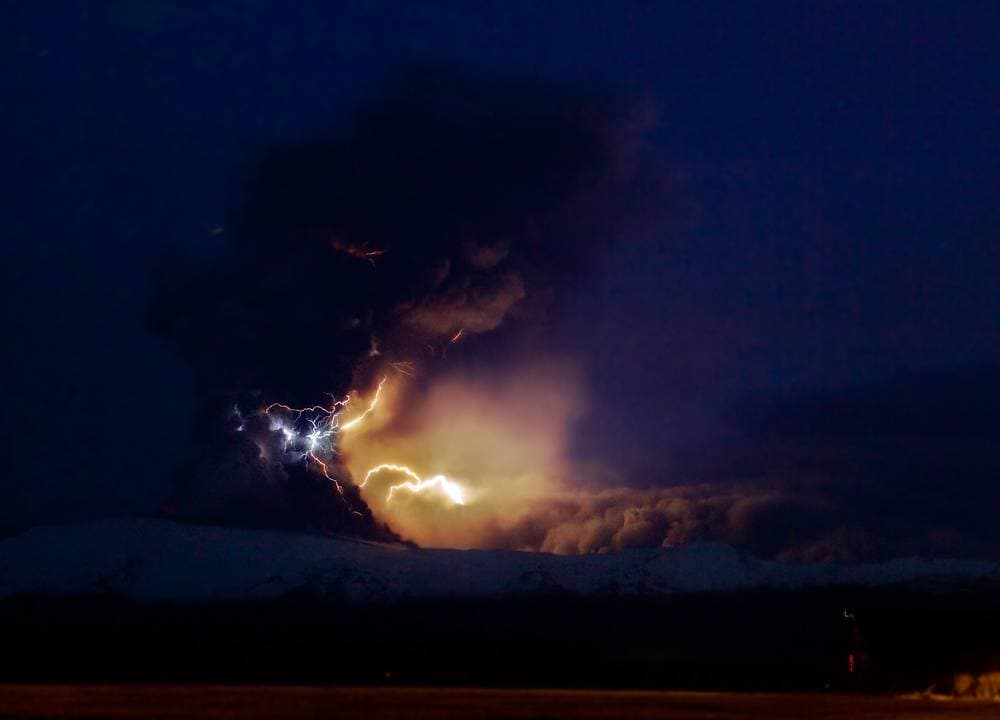 I managed to capture some lightning bolts in the ash plume when it started to get dark.  This required an open shutter and long exposure because the lightning strikes were so quick.  I took a series of 20 second exposures and this was the most interesting.  The long exposure captures several strikes which although not how the eye sees it, this dynamic photo does demonstrate the power of nature.

Although the volcano is no longer erupting, the Eyjafjalljökull volcano photos are available as Canvas Prints..

Sign up to get regular updates of new tour dates, coupon codes, and last minute deals. 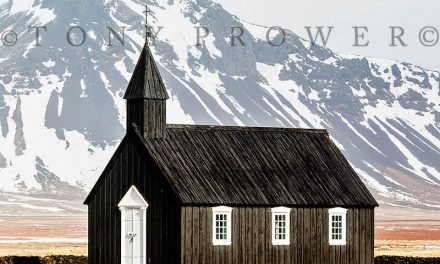 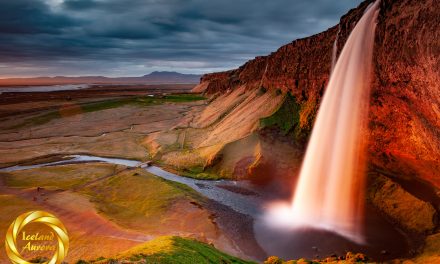 Volcano logo graphic by tnp_sevenknights_friendship from TheNounProject is licensed under CC BY 3.0.