This nature photo was taken on the diamond ice beach at Jökulsarlon. This is a black sand beach with magical chunks of blue glacial ice.

Jökulsarlon is where the Atlantic Ocean interacts with Europe’s largest glacier.  Icebergs calve from the Glacier and float around in the glacier lagoon.  After a while the Glacier Ice is small enough to get washed up onto the Diamond beach.  The beach s covered in black sand from thousands of years of volcanic eruptions un the Vatnjokul glacier.

This is early February on a Winter photo tour. The diamond beach was littered with this attractive blue ice. The glacier chunks had beautiful scalloped textures. The scalloping is usually caused by high winds while the icebergs floated on the lagoon.  Blue glacier ice is a great contrast against a warm Icelandic sunrise. The soft light as the sun makes its way over the Atlantic ocean stays soft for about half an hour after sunrise.  The position of the clouds are essential for a successful sunrise photo.

Mode: AV mode with + 2 stops over (compensation +/-).
Focus: f/11 hyperfocal mark. This is weighted to the foreground.

On the ice beach I often chose my focal length according to the action in the sky. With such strong colours all over the sky, 24mm was a no-brainer.

I like to show the interaction of the Atlantic Ocean against these chunks of glacier ice. Walking around among these huge chunks I searched for an opening. I wanted a spot where the sea would come onto the beach for that long exposure motion effect. I also wanted to show the textures on the beach.

This spot was ideal because it had an area which was being regularly flooded by waves. The front piece of ice had fantastic textures. It was sheltering a patch of delicious black sand and pebbles.

I positioned my camera quite low on the tripod. The ice chunks are breaking the horizon, but this is to maximise the area of sky in the scene. It also gives a strong sense of intimacy with the glacier ice.

Timing was important in this shot. My settings gave me a comfortable ‘one second’ to expose the sky. I had to be sure that there was sea action during the remainder of the exposure to get a nice run-off effect.  This would communicate the movement of the waves.

The ‘Cloth Action’ was a fast downward drop of the Magic Cloth (after a second) followed by carefully raising the cloth over the remaining 10 or so seconds up to the horizon point. A full a second on the sky almost lost the highlights. The extra exposure time on the foreground was good and required very little processing in terms of brightness. I therefore had plenty of options with saturation and clarity without degrading the image.

Start with a dark filter (ND) or darkness for a longer exposure time, then over expose the scene by two to three stops.  My choice of filter is a Circular ND that screws onto the lens creating a tight seal.  Filters with adapters can let unwanted light in the sides for wide-angle lenses.  Also, they don’t protect your lens as robustly as the circular screw-on filters.  I always started taking photos before the sunrise, then used a 6-stop filter when the sun came up.

There are benefits to using a long Shutter speed. 2-5 sec requires a fast, but smooth action to burn the sky within a reflex time. 5-10 sec gives you a extra exposure of the middle-ground.

In most cases I bring the cloth down quickly and up slowly.  If the sun is close to the horizon, I would recommend bringing the cloth upwards after exposing the sky.  This upwards motion will resemble a ‘Reverse Grad Filter‘.

Vary the Action to allow many short exposures of the sky, instead of a single medium exposure (30 sec and over exposures only).  Your cloth will look a bit like a windscreen wiper and people will think you are thoroughly cleaning your lens while you take the photo.

You could Spot meter for the highlights and then x 4 to get the total shutter speed. 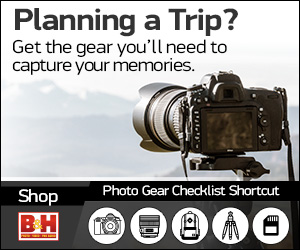