Forgiveness – its place in photography (as a means and an end)

What do you think of the ghost in the bottom left corner?

Are you visually forgiving?

The idea of analysing “forgiveness” came when my girlfriend, on a movie evening, moved one of my helicopters because a small part of the propellers intruded onto the screen. I had no problem losing a tiny part of a big flat screen, but she could not forgive it. Shortly after I did a photo tour with a passenger who complained about the back window. There is a tinted film on the window and it was scratched.  It was easy to see through the window, but if you focused on the window, you could see the scratches. Now there is nothing wrong with these two instances of unforgiveness. We pay a lot of money for big flat screens and modified jeeps. It just got me thinking that maybe I am perceptually forgiving. Can you listen to a radio with a background hum or hiss? are you able to listen to the radio and block out the hiss, or do you suffer?

But anyway, how does this relate to photography? Does it relate more to the act of taking the photograph, i.e. composition and aperture compromises, or does it relate to post processing decisions? A fine art print often has an air of perfection, of idealistic conditions. Is it the case that the artist has forgiven a whole load of imperfections and less than ideal conditions to bring their masterpiece to you? Maybe, that is the whole point of fine art photography – to focus on the perfect and ideal, while filtering out imperfections by a process of forgiveness.

What about the artists who present a less than perfect image? Sometimes knowing the background story can lead you to instantly forgive the visual imperfections.

In Spiritual practice, “Forgiveness” relates to surrender, an acceptance of what is. There is no need for blame or revenge because things happen as part of nature or life. A good practitioner should be able to accept that things are as they are by forgiving the past and foregoing the future, not expecting anything. A photographer on a good shot is not complaining about the past or worrying about the future, they are strictly in the moment capturing what is important (i.e. the beauty of nature at that particular moment). I think that it is this surrendering to the moment, the forgiveness of imperfections and the ability to focus on the moment which allows the photographer to convey feeling in their images.

So back to my image from Kirkjufellsfoss above. That ghost is merely a submerged rock, I didn’t see it like this when I was composing. It is a natural part of the scene, but I have considered removing it in post-processing. Others have also suggested removing it. This is similar to the helicopter propeller blade intruding onto your large flat screen TV. I have got into heated discussions on photo forums about distracting elements in an image. We do try to avoid them. Why? because much of our audience is visually unforgiving.

So how visually forgiving are you?

Keep returning to the image above (open it in a new window) and see if you are able to enjoy the image without complaining about the ghost in the corner. The measure of your forgiveness is the lack of complaining.

Let’s see how “forgiveness” relates to each of the major aspects of photography; composition, exposure, focus and processing.

All photographers try to avoid clutter creeping into the frame. This is distracting and difficult to forgive, the trick is know what works as clutter and what works as foreground. How well does it relate to the idealism of the overall image. Maybe it is a question of balance, if the other elements are so strong they allow some degree of clutter? I think it is important to reduce clutter as much as possible and keep the number of elements in scene to a minimum. Can you forgive the asymmetric?

There is a modern trend to retain the highlights (avoid blinkies) in an image. I have this discussion many times that if a cloud, or snow of water is white, there is no problem to present it as white. How many blinkies will you forgive? It is fine to preserve the highlights, modern DSLRs can. How much shadow boosting and noise reduction can you forgive? lets become habitual bracketers! Then we don’t have to forgive any exposure sins. After clever exposure blending we have a collection of images which struggle to look like photographs.

What is in-focus? what is the DOF? can we forgive poor sharpness for good DOF? It what situations can you forgive an “out-of-focus” image?

The question is: “to clone out or not to clone out?”
We have the Power to remove objects with content aware or our own clever selection and cloning techniques. Maybe you can justify it if it improves the image, but can you forgive the dishonesty now permanently laced in your image?

The other question is: “how much sharpness to you want to trade for noise reduction?”
Yes, unless the exposure is perfect, your boosting shadow areas introduces noise which has to be controlled with powerful noise reduction, the result can be good but is no longer the photograph you took, not if you’re honest. 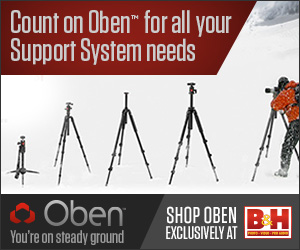