The Five locations in Iceland you never heard of

Five Iceland locations you might never have heard of.

1. Myvatn is the 2nd largest lake in Iceland. It is dotted with small coves and over 40 tiny volcanic islands. Some of the most interesting Myvatn locations are the lava formations at Dimmu Borgir. This is a lava field forged by energetic volcanic flurries. Close by is Mt. Hverfjall a huge crater. The crater rim can be accessed by walking trails.  The active volcano, Krafla is a 10km caldera. This area was recently used to film parts of the new Star wars movie. The geothermal space east of Námafjall is thick with furmaroles and bubbling mud. You’ll have an amazing time sightseeing in this extreme geothermal location.

Námafjall is a mountain near Mývatn in the North East of Iceland.

2. Geysers. No journey to Iceland could be complete without going to see the Geysers. The original Geyser was the best pure attraction in Iceland prior to now. It used to erupt a jet of boiling water and steam 80m high into the air.
Strokkur is now probably the most well-known geysers in Iceland and you’ll see plenty of activity because it erupts every 5 to 7 minutes. The spout reaches as much as 20 meters. It’s a powerful sight. In many places you roam you’ll be able to see the boiling sulphurous hot-springs.

Geysir is the spot in Iceland with the most active hot-springs and geysers.

3. The Blue Lagoon is an expensive swimming pool in Iceland. The white Silica mud and blue-green algae kind a light-weight pure sediment on the underside of the lagoon gives it its aquamarine color. The lagoon is rumoured to have healing powers. This man-made lagoon has water temperatures between 38c & 40C. The Blue Lagoon is marvelous experience for visitors. Best experience on arrival or departure because it is close to the airport. 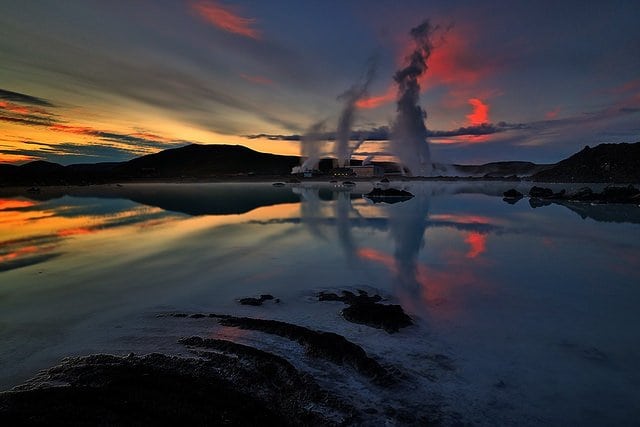 4. In clear weather the Snaefellsjokull glacier may be seen across the sea although it’s over 60 miles away.  It has been viewed as having mystical powers ever since Jules Verne wrote “Journey to the Center of the Earth”. In Summer it is possible to hike or snowmobile to the top. Being in Iceland was like being on another world. 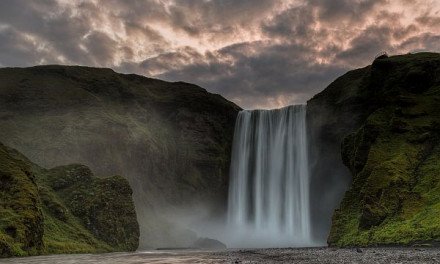