Three is already a Magic Number in photography. How many legs does a tripod have? It wouldn’t work the same with 4 legs, or 2 legs. Although this is engineering magic and the principle of tripod is much less flexible than visual art, 3 can be magic in landscape photography.

It is useful to divide your landscape scene into three as a guide to composing. This doesn’t have to be strict adherence to the rule of thirds, but is more elemental and conceptual. In other words, the rule of thirds refers to the placement of lines and objects in the scene, but this tutorial is more about composing a scene with 3 subject elements or 3 subject concepts. 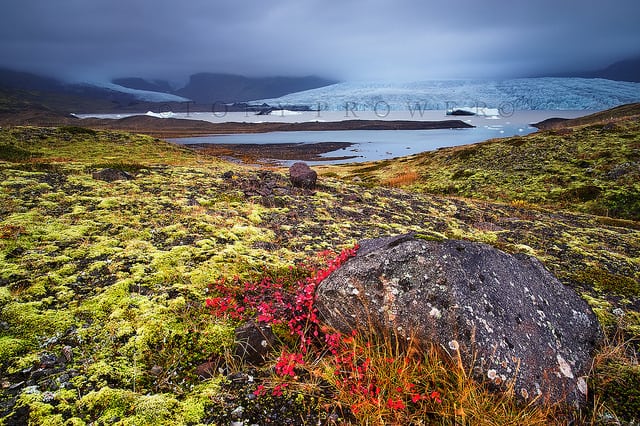 Three elements; rock, water and sky, the depth of the image is brought about by a simple composition and shows the interaction of the 3 elements. The way the rock was placed by the force of the water – originating in the clouds becoming snow, becoming a glacier perhaps. 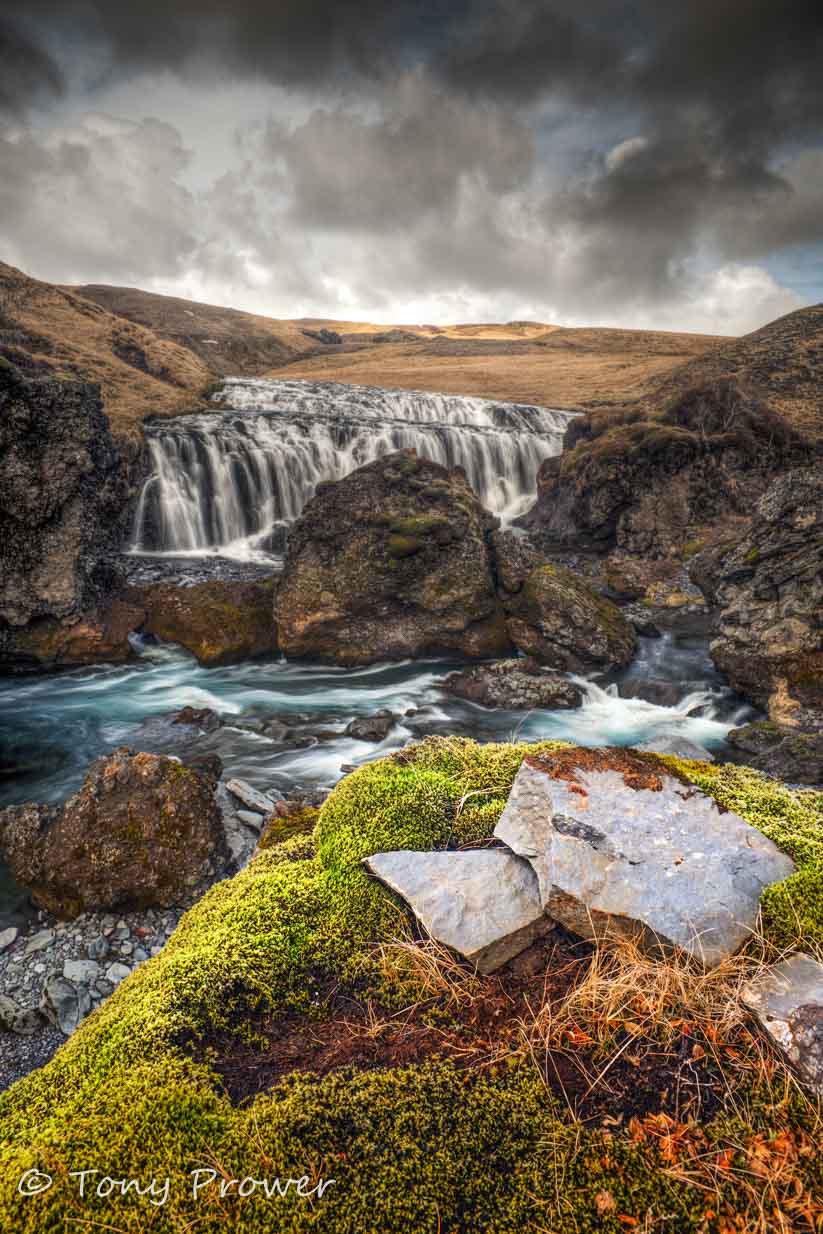 This mossy landscape is above the Skogafoss waterfall in South Iceland. The composition is very simple; mossy rock, then waterfall, then sky. The mossy rock was placed slightly to the right to allow the eye to continue to the waterfall. Then it was a matter of allowing enough sky to make it count. In landscape photography, the amount of sky captured depends on your focal length (how wide is your lens) and the height of the camera. To capture plenty of sky with a limited focal length, you might have to get low down… this way you are shooting mostly upwards. The opposite is also true – if you want to reduce the sky, get high.

Your landscape photo can have 3 concepts. Lets look at a conceptual example with this piece of Glacial Ice on the Beach… 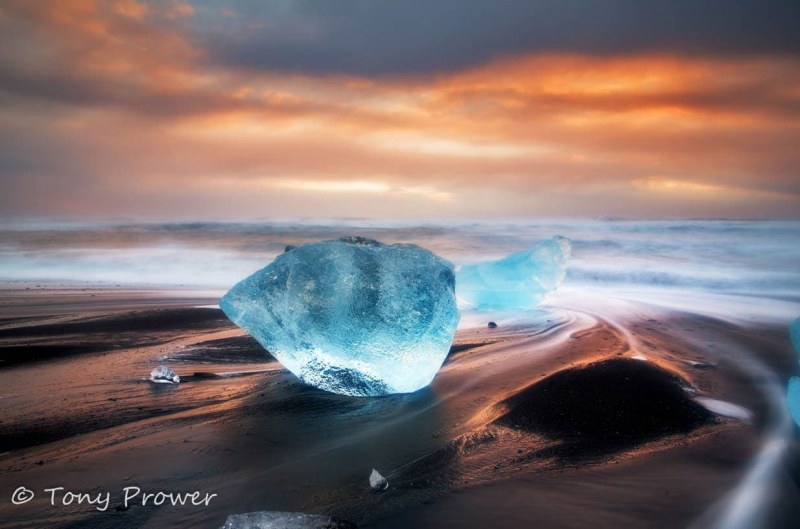 Three stages of water; clouds, Ice, Sea. conceptually this shows the water cycle from clouds to glacier, from glacier to sea, from sea to clouds. You could also consider three elements; sun, water and sand. The black sand represents basalt volcanic activity and the presence of glacial ice suggest explosive potential. Bring the sun into play and we have 3 forms of energy; solar, geothermal and hydroelectric.  A skilful photographer will communicate the interaction of 3 elements into a final concept.