Blue skies; I hate them… and here is why:

Although the photo doesn’t have a pure blue sky, it does illustrate the main issue for me.  I don’t like the lack of clouds on a blue sky day.  If I am sunbathing, then Fine!  Clouds can help a landscape photograph in so many ways. The most important are the distribution of light and the demonstration of depth.  Luckily there is the communication of depth from the grassy foreground and the reflection of the Icelandic mountain.  Without these, the photo would be a disaster.  However, the blue sky does help to convey the coldness.  Also the snow caped mountain has a nice contrast against the blue of the East Iceland sky.

When the sky is filled with clouds, the sun hitting the landscape is affected by the shadows on the clouds. This means that different parts of the landscape will have different levels of light and this adds extra textures and more interesting shadows to the land.

The clouds play such an important role in this scene because they have been shaped by air currents in the fjords, rolled up like big joints and then lit up by that deathly slow midnight sun. In terms of depth cues, they are very strong especially as they are reflected in the still waters of Skötufjörður in the Westfjords.

Ansel Adam’s famous half dome picture actually makes good use of a blue sky. He shot the scene in black and white with a red filter. The red filter cut out the blue and made the sky darker than the half dome. This is an exciting technique for controlling the dynamic range and allowing proper exposure of the rock.

Here is a black and white image using the red fliter technique to make a blue sky look dark. 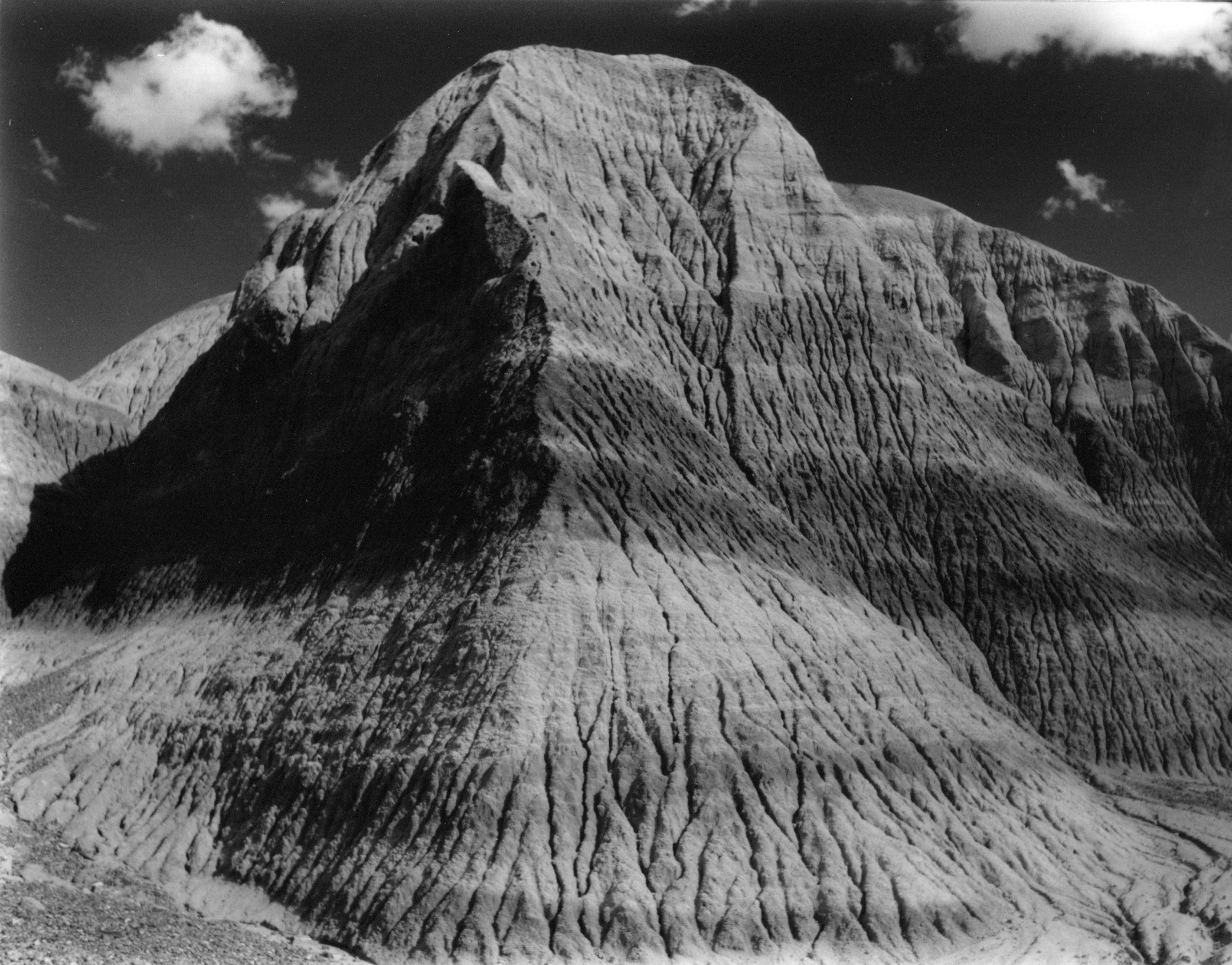