We were approaching the Black church at Budir on this Winter morning.  The church (Buðirkirkja) is black because it is coated with a layer of pitch.  The layer of black pitch protects the church from the weather.  The weather was cloudy but as we turned the corner, a gap in the clouds allowed some beautiful, Winter light onto the scene.  This was one of those situations where you wish you had a zoom, so that you can make several different frames before the light is lost.   Instead I had to grab this with my 24mm prime lens from a distance. Seconds later the sky was very different. The 24mm wide angle at least gives intimate detail in the snow clad grass and, I guess it communicates the surroundings and weather better than if I have been able to zoom in.

Catching those sunset colours in deep snow is one of the main reasons I got into landscape photography in Iceland.  Snow compliments so many landscapes and opens up a whole new world for nature photographers.  There are not many scenes that look worse with a layer of fresh snow.  Iceland is so clean (unless you are in central Reykjavik or in the aftermath of a volcanic eruption).  The Arctic snow stays white for weeks.  I like to see textures in the snow, so exposure is an essential consideration. In general, the landscape photographer with compensate by as much as 2 stops for a snow scene, but it is important to keep your eye on the histogram to make sure your are not over-exposing the snow.  Over-exposed snow wont have any detail.  My preference is to make any colours reflecting in the snow a priority.

See more images of Buðarkirkja from a Winter trip in March.

Buðir’s little church is on the Snæfellsnes peninsula, less than an hour drive from Kirkjufell Mountain  and just over 200km from Reykjavik. Buðir was a prosperous trading point during the 2nd Danish Colonisation.  Buðir  has a small harbour and a convenient mountain pass to the Northern side of the peninsular which is good for the fishing trade.  The South Shore of Snæfellsnes accesses open sea to the Reykjanes Peninsula.   There is a 4 star hotel alongside  the tiny harbour.  Buðir Hotel is just a few minutes walk from the little church and features one of the best restaurants in Iceland.  Check Availability

and the famous church is just a 100 meters up a narrow, winding lane. Apart from the Buðir black church there are some interesting views and hikes across the lava field (Buðahraun) towards the Buðaklettur and Snæfellsjökull Volcano. There is an old wall from a bygone farm and a bit of a beach with yellow sand South of the Buðir Church and a network of rough pathways t get there.

Buðir black church is a favourite stop on a Snæfellsnes day tour.

The Magic Cloth Technique involves restricting the level of exposure to different areas of a scene within an extended exposure. The Magic Cloth technique was born out of the need to get the picture right in the camera but to still boost the dynamic range of a scene. In this photograph, the sky was covered very quickly, while the foreground was given a bit more exposure time. Careful thought! Often, a snow-scape doesn’t need the magic cloth because there is not much shadow to compensate for.

My prime lens collection for the Canon EF fit. 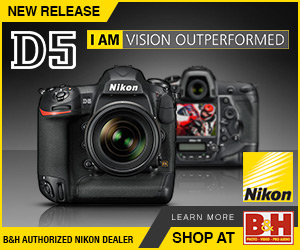