I just stumbled across this sequence of shot from a cloudy day at Jökulsarlon 6 years ago. Sometimes you get there and the visibility is poor, there is a lot of thick cloud and the ice is not quite doing it. If you have flown half way around the world to be here, there is only one thing to do – get out there in the mist and rain and try your best. I have the privilege of being able to return in more favourable conditions, but I was with someone who had flown half way round the world, so I was out mostly for their sakes.

As a rule of thumb at Jökulsarlon, find a spot as close to ice chunks as possible. With good visibility they will form a solid foreground for your scenic. In poor visibility, they will give you rich textures. On this day we walked down to the shore on the West side to get close to these ice chunks. As you can see from the first photo, the light in the clouds is becoming interesting, but none of the ice is close enough to me. I can’t get closer without getting wet and disturbing the reflections. At the moment, it is not a masterpiece.

The next frame shows how a piece of ice drifted into position right in front of me and left a ghost in the image. Almost as if the ice was composing itself and creating a record of the movements via my camera. 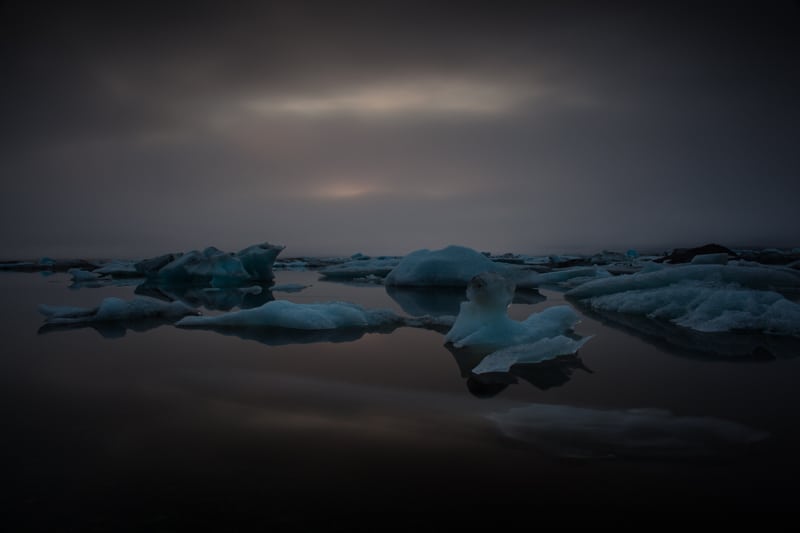 In the next shot you can see how the sky is starting to become more and more interesting. That piece of ice had caught on the bottom. I was still floating which was good because the form will be a more natural subject if it is naturally submersed. On the down side it was constantly moving as the level of the lake gradually shifted, so I only got 2 out of 10 shots where the ice was still enough to use. This is one of them. 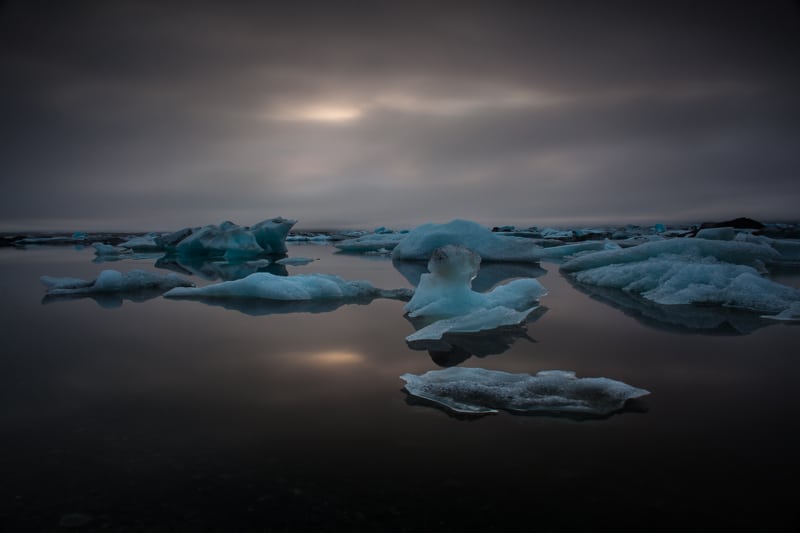 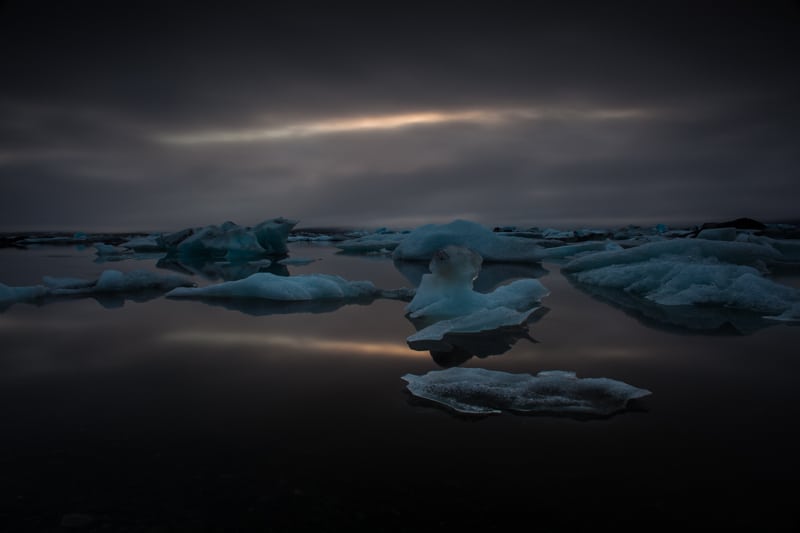 Hopefully you can appreciate how this shot came together purely through luck and patience, there was hardly any skill involved from me other than being there and spotting the potential in the first place.

Nature knows you are recording and sometimes, she puts on a show if she is sure your will put it to good use.

Here is the processed version: