In basic photo editing, the options to adjust the ‘Levels’ or ‘Curves’ is available.  These are both tools in Adobe photoshop, Gimp, Elements or similar.  Both tools can ‘lighten’, ‘darken’ and control contrast.  But they do it in different ways.

What’s the difference between ‘Levels’ & ‘Curves’?

When you adjust brightness levels in post-processing, you are adjusting the range of the brightness/ darkness levels in an image. This is determined through a histogram. The histogram displays the distribution of the different light value in an image. For example, a dark image would have a lot of value at the dark end of the spectrum (left hand side of the histogram), a bright image would have a lot of values at the bright end (right hand side).

To start adjusting the levels, open an image in photoshop and go to image – adjust – levels.  I am using a vertical photo of the Strokkur geyser.  A Blue Bubble which forms just before the Geyser erupts.

The histogram is the graph shown below that looks like a mountain.  The histogram range represents details that can be seen (and printed) in a photograph.  Histogram graphs are essential tools because they give us real information about the light levels in a photo.  Viewing an image on a computer monitor or laptop screen might not give you a true range.

It is a really good practice to check the histogram on your Digital Camera whenever you take an important photograph.  The histogram is more accurate that the preview screen. If the histogram range is good, you will produce a better photo as a result.

The vertical photo of the blue bubble at Strokkur has been transformed with two sliders.  The wider range of light has given the image a good contrast.  But, that is just my opinion. Let me know what you think in the comments.

When you open the Curves tool there is a straight, diagonal line frm bottom left to top right.  The inclination (angle) of this line represents contrast, so if you put a ‘Curve’ in the line, some aspects of the photo will have a higher contrast and other parts will have a lower contrast.

This action will open the curves dialogue box.

Adjusting the highlights and shadows

The line starts to curve and your image should get darker. We are adjusting the shadows in your image.

Now click on the line in the upper third of the dialogue box. The input value is around 191, for this example, adjust the output to be 10 points higher that the input value (201).

We have created a very gentle ‘S’ shaped curve and the contrast across the mid-tones has been increased and the contrast in the highlights and shadows reduced very slightly and very smoothly.

The left side of the image has no adjustment and the right has very gentle curve adjustment. What do you notice? which side do you prefer and why?

In landscape & Nature photography, the ‘S’ curve is the preferred shape of curve because it flattens contrast in the brighter highlights and darker shadows while increasing the contrast over the mid-tones. The Mid-Tones are where the richest colours are.

As you can see the results of both ‘Layers’ & ‘Curve’ adjustments are quite similar.  They have controlled the brighter highlights and danker shadows in their own way.  The same result was achieved in fewer steps with a ‘Levels’ adjustment, bu the curve adjustment has more control over the highlights and shadows. 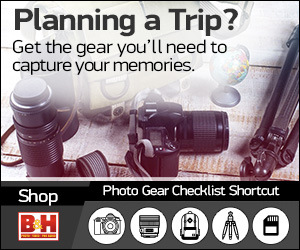