This photoshop tutorial shows how to correct out of focus stars.

iceland aurora
Night photography often involves a compromise, often the compromise is depth of field because large apertures (such as f/2.8) are commonly used to capture stars before they begin to trail. This means that the focus can be on the foreground, or the stars and the DOF is unlikely to include both, even with a large focal length. The two subjects are too different in their distance from the camera, so having reasonable sharpness on this foreground ice meant that the stars were blobs.

If you have a shot where the stars are just out of focus blobs of light, don’t despair! This easy fix will suffice for a web image and with some extra work, might work for a large print.

I duplicate the layer and set the blend mode to darken. I then use the move tool to nudge the top layer. The smallest increments can be applied with the cursor keys and the amount of movement is determined by how much you are zoomed into the image. The smallest increment is 1 pixel. It might be necessary to repeat the process with different nudge directions for different parts of the sky.

Although the Northern lights require a long exposure, the object is often to reduce exposure time as much as possible to achieve a usable exposure and with minimal star trails.

Long exposure Photos from Iceland This photo was taken: 2014-03-17 16:58:39 Kirkjufell on a sunny Winter’s day. An alternative composition from the usual and a square crop to challenge the usual views from Kirkjufellsfoss. See the image on Flickr 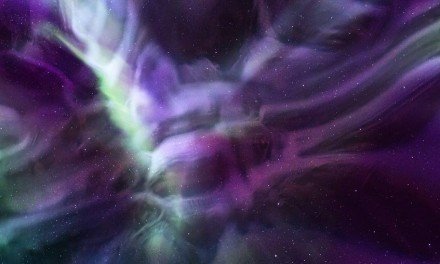