Dangers of speed and inexperience

On a recent tour, we were driving past Pétursey on the South Coast… On the side of the road was an overturned Mitsubishi Pajero. I was just about to point this out as an example of why you should drive slowly on the icy roads when I spotted people crawling out from under the wreck. It occurred to me that this had just happened and I had to stop to help.

I pulled off the road about 50 metres from the vehicle and as I stepped out of my vehicle, I noticed that the road was quite slippery. It was possible to walk normally but also fairly easy to slide your feet.

As I walked towards the overturned SUV a thick plume of smoke spewed from the exhaust as the engine raced to make sense of its upside-down state. There were people shouting at each other on the other side of the road and we shouted across to make sure they had all escaped from the wrecked car.

They were all safe with a few minor injuries on the guy who was in the rear seat. Nothing that couldn’t be fixed easily with my first-aid-kit. The 3 Dutch tourists were in mild shock.

Looking at the tyre marks in the snow, it was clear that the vehicle had left the road diagonally. The driver had probably felt a skid and try to steer against it. As the Jeep left the road, the front drivers wheel dug deep into the snow and the vehicle was catapulted onto its roof with the front passenger roof hitting the ground first and hardest.

I gave them a lift to Vik – the nearest town. they were grateful not just for the lift but that they all escaped unharmed.

Speed is such a killer! On ice the danger increases exponentially as your speed increases. Icelanders typically drive at a normal speed on roads like these. But they are used to these conditions and know how to respond if they do loose control. Tourists then drive at similar speeds without the experience to be able to come out of a skid.

SUVs require experience! People assume that they are safer in such a big vehicle. Actually an SUV has a better chance of turning over than any other passenger vehicle because of its high centre of gravity.

Be safe! Don’t cut costs on tyres, demand good winter tyres on your hire car. Don’t be afraid to test the road, you need to know your traction and you need to know what a skid feels like. If you are driving, don’t let anyone distract you, you may need 100% concentration.

“I could feel the seat-belt saving me!” Quote from one of the passengers.

For Iceland based photographers, photographing the Milky Way is generally something we do while we are waiting for the Northern Lights to appear. 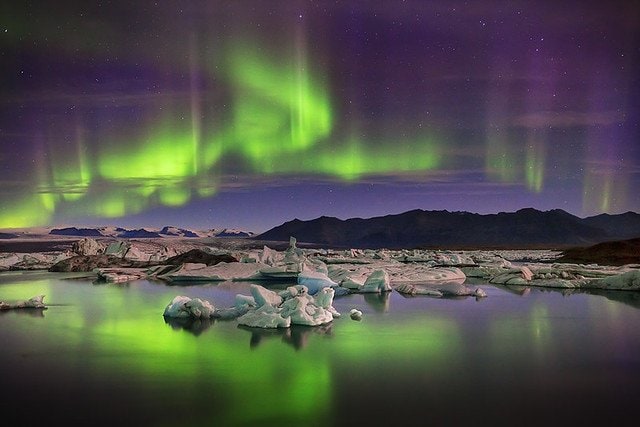 There is every type of waterfall here. The strong flutes, the power walls, the delicate, flowing water cascades through green moss. 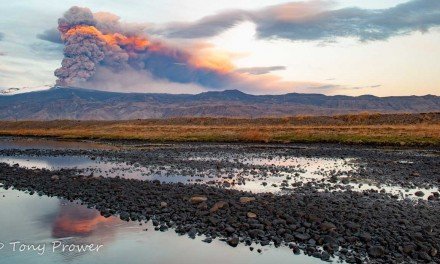