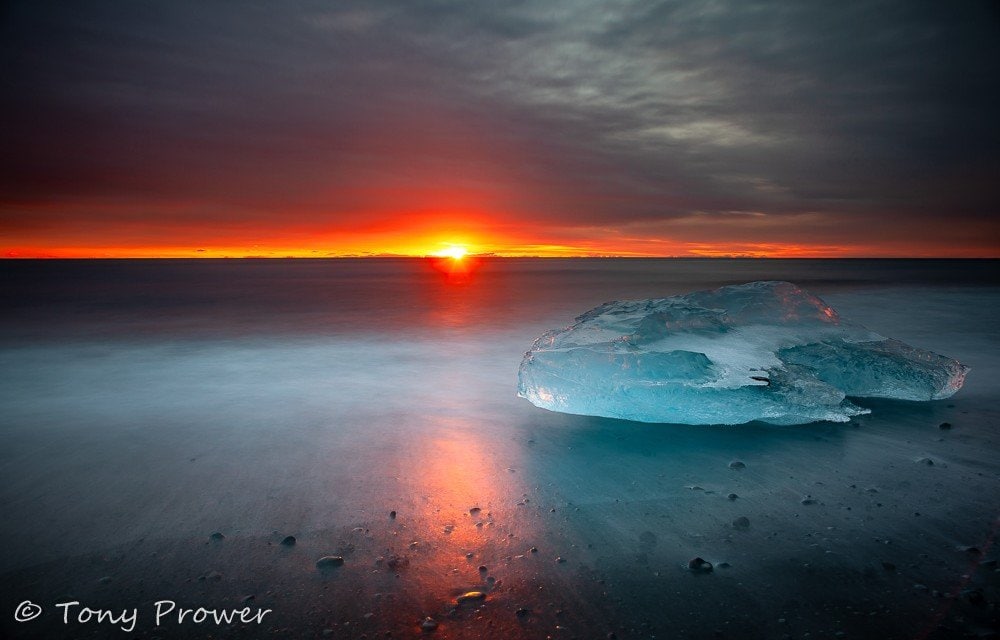 This was one of the most rewarding mornings I ever had at the Diamond Ice Beach at the Glacier lagoon at Jökusarlon,  I used to run tours to Jökusarlon and back (to Reykjavik) in a single day.  This was a 14 hour trip with 10 hours of driving.  In December, the sun rises around 11 a.m. which meant that we could make it if we left Reykjavik at 04:00.  This particular morning, we left Reykjavik but quickly came across black ice.  Black ice is incredibly dangerous and is worse on an early Winter morning before the traffic.

We had no idea what the ice looked like, but it was the only ice on the beach and we weren’t going to spend the rest of our lives wondering if the ice was any good.

The road conditions created some delay, but it didn’t last for long so we managed to get up to speed and hit the ice beach just before the Sunrise… and the sky was looking very promising.  This trip was long before the car parks and buses of today’s diamond beach.  We were the only people there and could drive almost onto the beach. This saved us a little bit of time as we scrambled to get our camera gear together.  We made our way down a steep sand bank, only to find “NO ICE”.  Frantically looking around I spotted a couple of glacial pieces about half a mile up the beach towards the West.  I knew that we were only 10 minutes from the sunrise.  The sky was already very nice, but relatively powerless without some blue ice textures in the foreground.  So I ran!  Not only did I start running, but I shouted “Run” and my guests, who had been sitting in a car for 5 hours started running too.  We had no idea what the ice looked like, but it was the only ice on the beach and we weren’t going to spend the rest of our lives wondering if the ice was any good.  We could make up the calories later.

This was a long exposure with a 104 sec shutter.  I shot it in Bulb mode but never planned 104 seconds.  I wanted to capture the sun at this critical point and then covered the lens to wait for decent waves that were big enough to wash past the blue ice.  I used the Magic Cloth Technique to dodge the sky after just 1 second which dramatically under exposed the clouds and preserved the colour of the sun. Then I would lift the Cloth for very short bursts of exposure whenever a decent wave came in.  I waited for 4 waves, covered the lens and then closed the shutter.

My aperture was f/6.3 which became my favourite ice beach aperture because it renders such great sharpness on the ice (when I get the focus right). 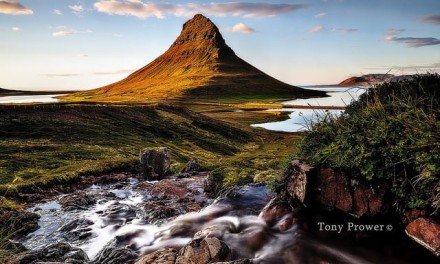 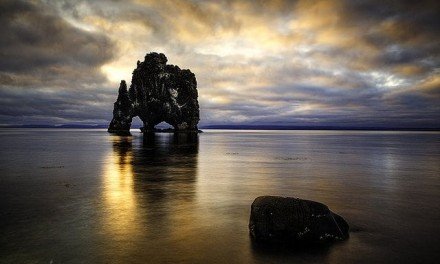 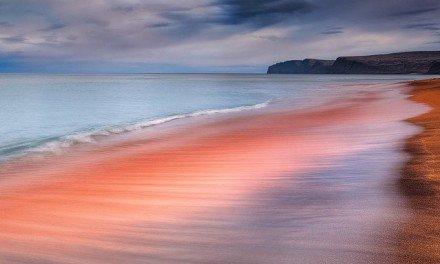 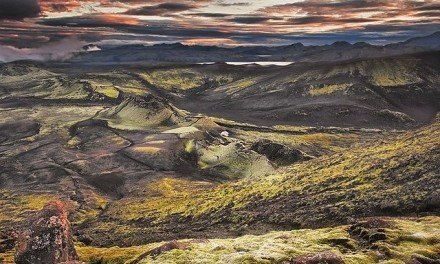