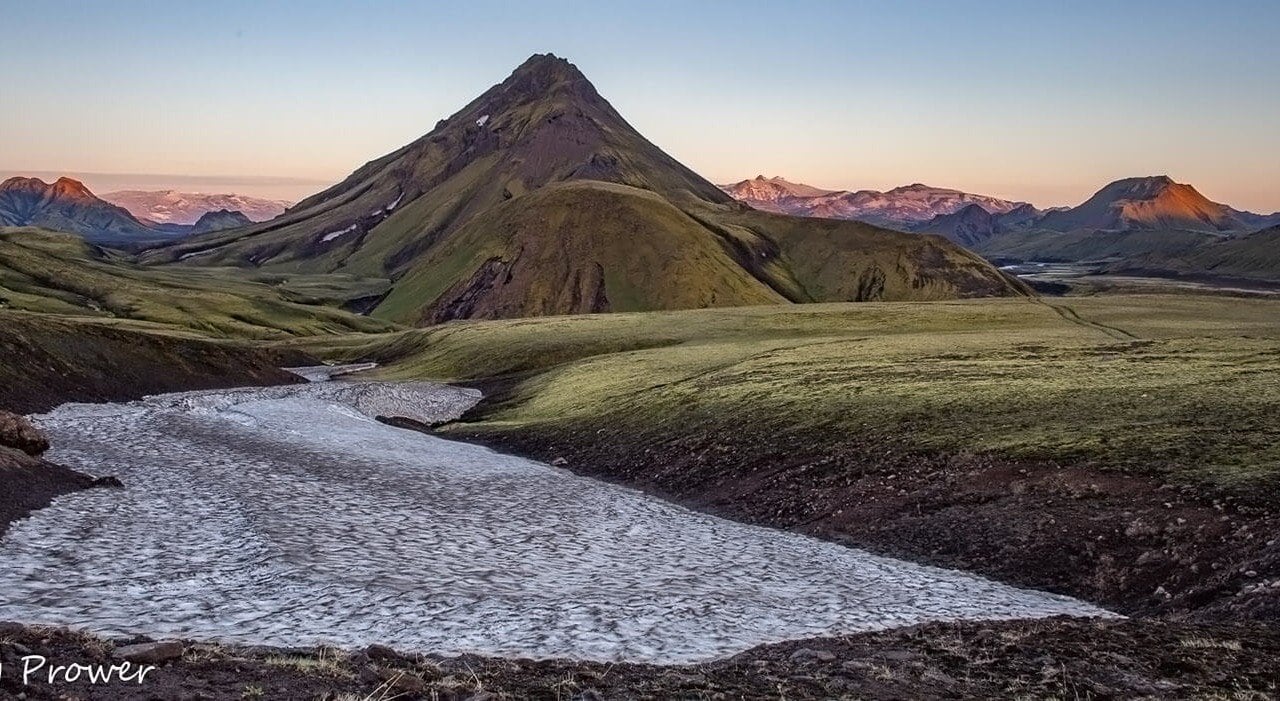 Taken on July 17, 2011 on a photo tour through Iceland’s Southern Highlands (or Fjallabak – behind the mountains). The skies were mostly clear which gave us little to work with other than Venus belt for colour.

Two of us had spent the nigh exploring Fjallabak in my Jeep on our Interior Design photo tour. We took some deep rivers and craggy roads in our stride as we checked out each viewpoint for landscape vistas. Due to the lack of clouds, the only colour excitement was when the sunrise light started to hit the distant mountains. This particular spot had some elevation so it was possible to include a range of mountains behind the great cone in front of us.

Generally I am trying to balance the larger elements in the frame. The mountain is balanced by the patch of un-thawed snow. Both elements are left in the frame, but the snow is mostly left and leads to the mountain. Although the snow had an interesting shape to it, I thought it looked man made.
but that couldn’t have been further from the truth. Below I have included a shot taken before from a higher tripod. By bringing the camera down, I have compressed the shape of the snow and given it a smaller proportion. 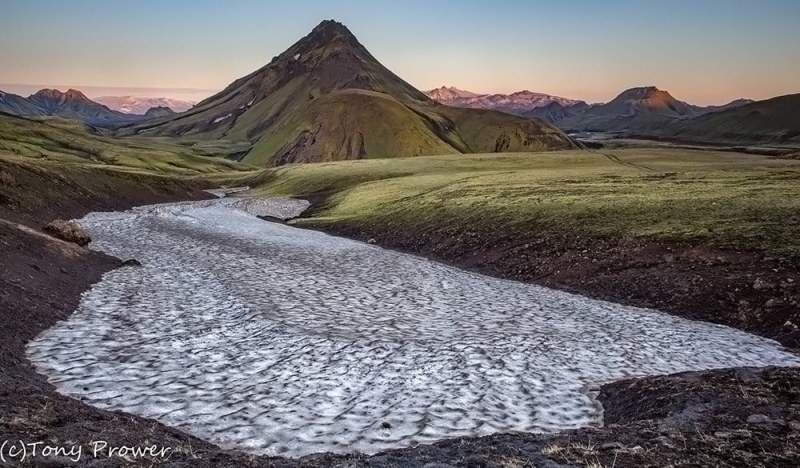 There wasn’t a huge dynamic range here. The subtle light on the distant mountains deserves to be preserved and the details in the landscape deserve a decent exposure. I managed to push the exposure time to 6 seconds with 2 stops over compensation and iso 100. I would have introduced the cloth within the first second of the exposure and carefully worked the foreground for the remaining 5. I didn’t want to darken the sky because this would have rendered the top of the mountain underexposed. A good exposure on the sky was critical.

The Magic Cloth action on a short exposure like this has to be really fast with a clean, straight, leading edge. 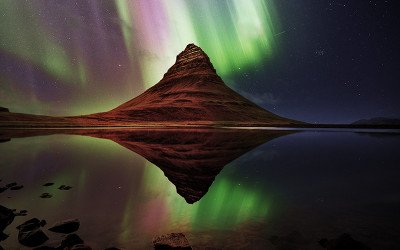 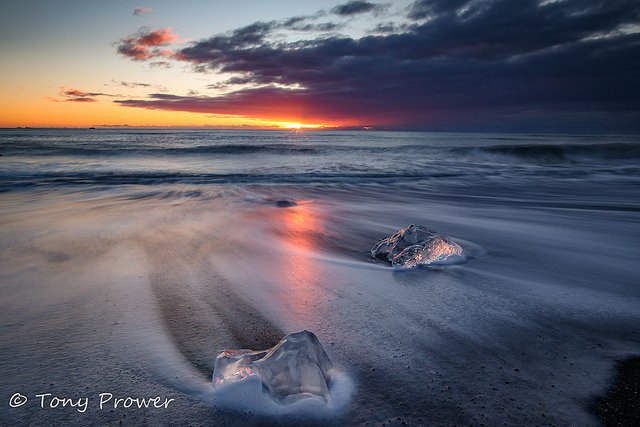 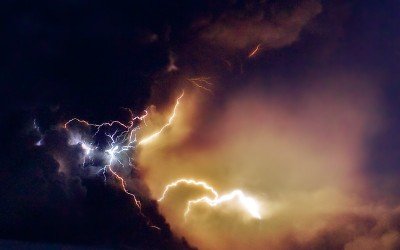 When your local volcano erupts, grab your camera and tripod and head out for a Long Exposure adventure. There is nothing like being with other photographers who want to be there until it gets dark, so choose your company wisely. 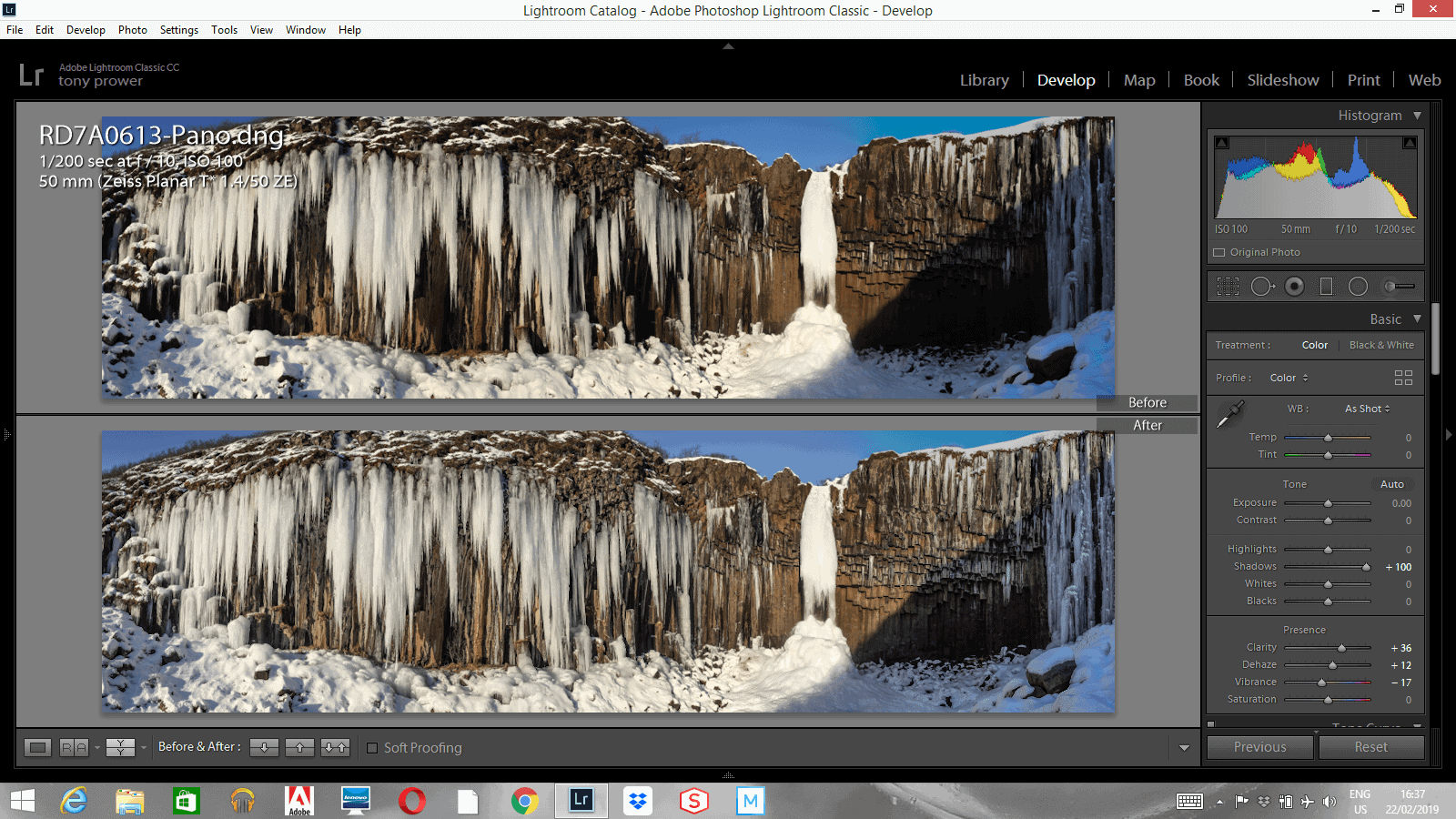