The psychology of photography


Hi there Tony! A nice scene here, for sure. My biggest gripe initially is that it seems way oversaturated for my tastes. The blues are so intense, in both the ice and the sky, as are the reds in the clouds in particular. The magic cloth looks quite natural, though perhaps the distant ridges could be brightened up just a tad. Compositionally, I like how the downward sweet of the whispy clouds in the right side of the sky mirrors the downward sweep of the lower clouds in the left of the frame. The shape of the reflection also kind of mirror the clouds. Bring down the saturation, and I think this one will be a bit more satisfying

The dawn is not a quick affair in Iceland. The colours can be good for many hours especially on a mid-Summer night. 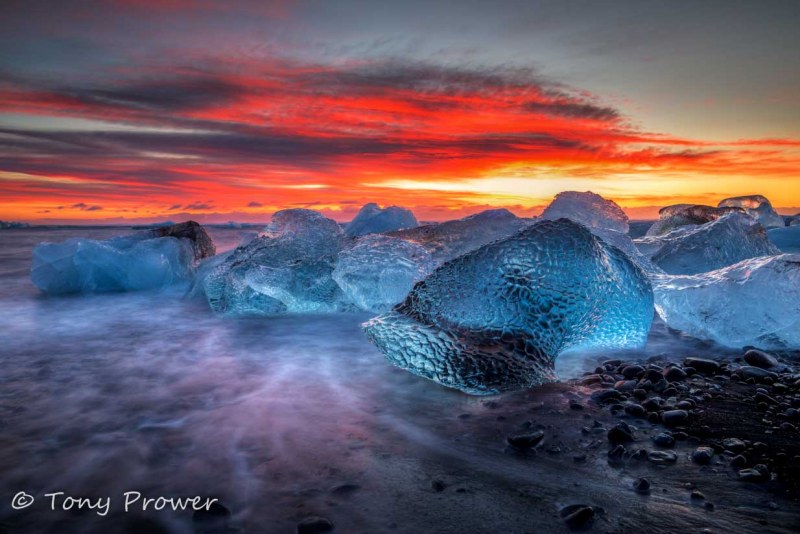