The reason I bought this lens was to cope with the horses at the Icelandic Stoð Rettir (or Horse round-up). Auntie was coming and I knew she would appreciate some quality shots of her riding an Icelandic horse.  This was a cold and dull day in North Iceland when I set up my camera gear and coffee flask in this spot.  The coffee is so essential when you re just waiting around in North Iceland.

I thought the bridge added some dynamics and story element.  I also wanted to have a bend in the track which would reflect in the herd. The combination of winding track and bridge gives the photo depth and extra interest. The bridge acts as the ultimate herd controller. These Icelandic horses know that there is no other way.

This is the kind of photo I wanted to capture. I wanted to capture the point when there were horses right in front of me, on the bridge and all the way back along the track. As the horses came down from the mountains and crossed the bridge, I got some practice shots. The photo above was trying to have a Depth of Field that covered the whole herd. The image below was a faster shutter and needed a larger aperture which threw the background out of focus.

I was experimenting with this new kind of photography, so I tried some horizontal shots as well… I liked this one because it shows the complete range of colours seen in Icelandic horses. 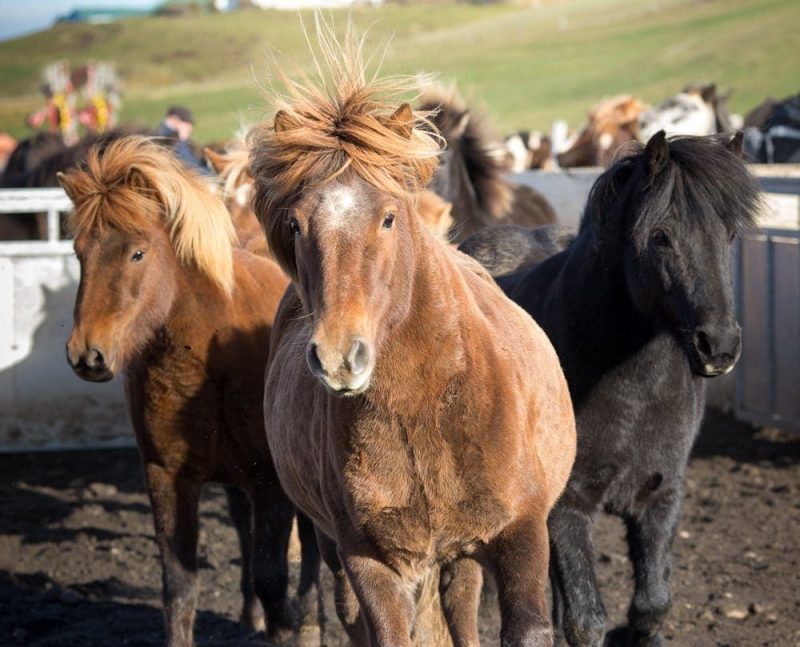 Later at the round-up I wanted to catch some of the action. I was standing right opposite where the horses entered the ring. My aim to catch the fury in their faces as they entered the hostile and confusing environment. Many of them had experienced this before and were just glad to get it over with.

Next I used it to capture some of the icebergs at Jökulsárlón Glacier Lagoon.

It seems great for shallow DOF work on the beach also, I had a lot of fun experimenting with the morning sun.

On a recent tour, I met with Daniel Bergman and his group were all at the lagoon with their long lenses out. I questioned their use of telephoto lenses on a landscape tour. They had just come from Svalbarð where they were shooting polar bears from a ship (telephoto of course). I wondered if they were maybe stuck in telephoto mode? Or was it me who was stuck in 24mm mode?

After being inspired by some of Daniel’s telephoto work, I tried some landscapes with the 135…

Not a bad landscape, but for me it still says “This is what it looked like though a Telescope!!”