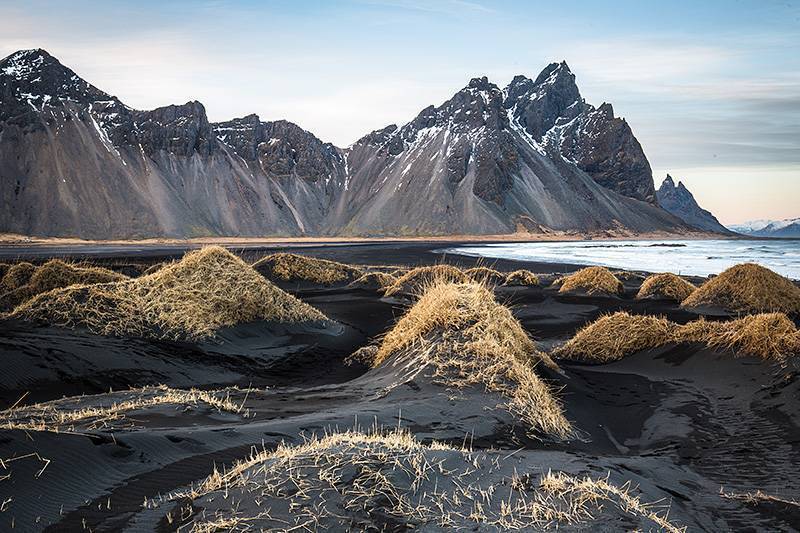 Dr. George Beller is an emeritus professor of Cardiology at the University of Virginia School of Medicine. Growing up in New York with frequent visits to the Museum of Modern Art and the Metropolitan Museum in his youth, he developed a life-long interest in the visual arts.

As a nephew of Bela Horovitz, the founder of The Phaidon Press, and later through his art history courses in college, he was further exposed to a wide range of visual arts.

Three years ago, Beller became fascinated by landscape and wildlife photography after completing a workshop in the Teton National Park led by Henry Holdsworth, a nationally recognized nature photographer. Local photographers in his home town of Charlottesville, Virgina, who have subsequently mentored him include Robert Llewellyn, Ben Greenberg and Victoria Dye. He has also been influenced by the work of eminent nature photographers, such as Jack Dykinga, Guy Tal and the late Galen Rowell.

In his landscape images, Beller tries to capture dramatic contrasts between light and shadows. He is especially drawn to the drama and beauty of clouds as they are reflected in water. His compositions often include a dominant foreground, such as high grass, large boulders or sand dunes, which balance the majesty of mountains in the distance. Many of his landscape images are taken just as the sun rises or sets; in these shots, he is compelled by the deep serenity that defines the beginning or end of a day. Finally, he takes photographs of wildlife from varying distances; his close-up shots create intimate portraits of animals, whereas his longer-range shots depict wildlife as it is naturally encountered in the landscape.

Georges Landscape photo from Stokksness at Vestrahorn is a carefully composed scenic with a strong foreground. The composition includes the full range of available textures and shows great depth. Including the sea gives valuable distance information and helps to show the scale of the Vesturhorn mountain.

The next image is a low lying horse-shoe waterfall near Kirkjubærklaustur. George has composed this well with strong lines which lead the eye to the waterfall and beyond. The good choice of focal length has given good proportions to the iage and made a feature of the background landscape.

George’s northern lights photograph is from an Aurora shoot at Jökulsarlon. The glacier lagoon at Jökulsarlon is a top spot for Northern lights. This evening was no exception as the Aurora Borealis danced in the clear night sky above the floating ice. This is a nice exposure and nice composition. 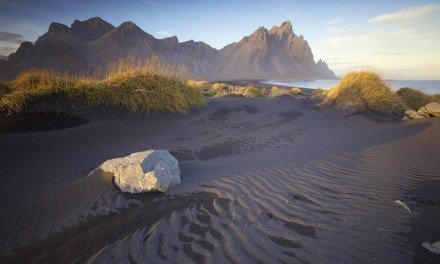 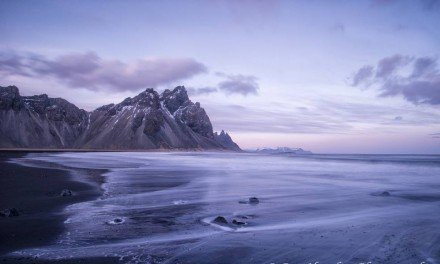 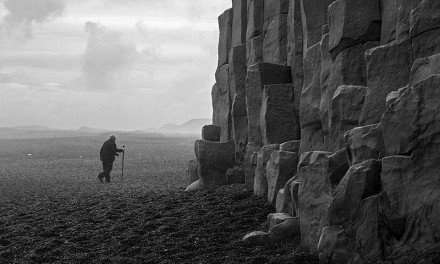 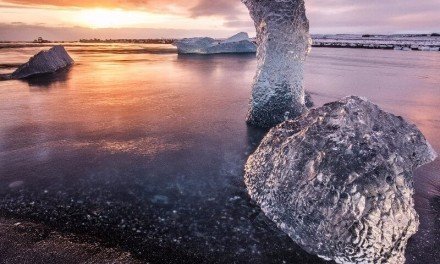