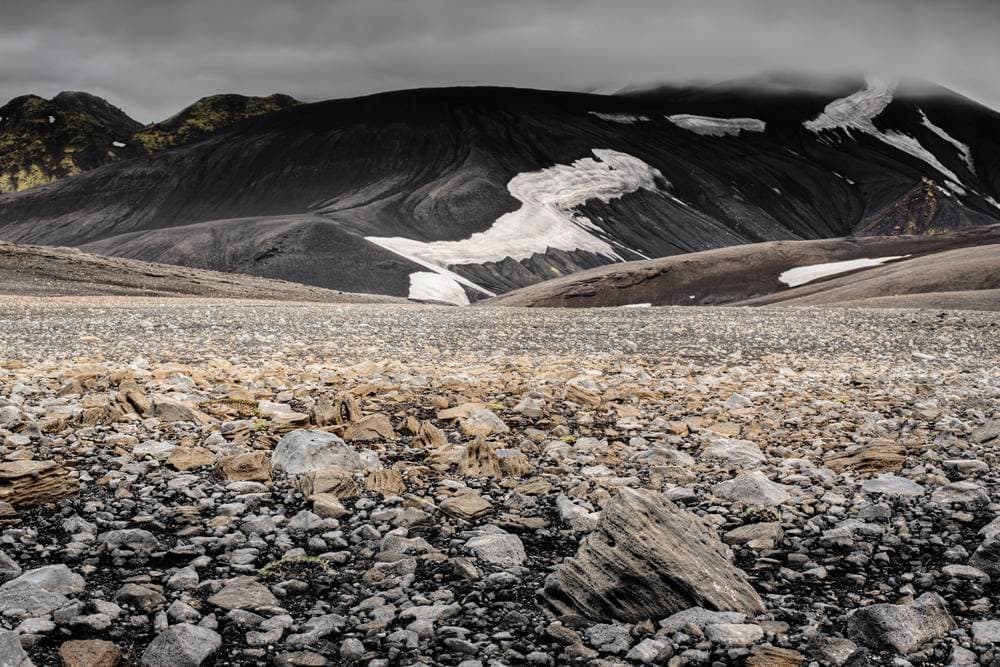 We had our itinerary planned to drive straight to the centre of Iceland, or at least to Hveravellir geothermal area. Unfortunately the weather featured a lot of rain and low clouds which made the idea pointless, so we decided to do the itinerary in revers order and drove East towards Jökulsarlon. Despite the rain, the weather Gods greeted us with a very atmospheric glacier lagoon. Steven was opening the car door before we had even stopped moving. It had been a long night of driving. My passengers had probably questioned my judgement on several occasions, but here we were faced with beautiful conditions at Jökulsarlon.

After some time on the lagoon and a few shots at the beach, we headed towards our campsite at Kirkjubærklaustur, with the intention of heading into Landmannalaugar for the second night. We would have camped at Svinafell if it was not raining so hard.

Later that afternoon we awoke in blazing sunshine. Everyone was up before 14.00 and some had even gone to the restaurant. I tried to slow everyone down a bit so we all had a good meal, shower and we were out on the road in terrible late afternoon light. I made the suggestion to return to the Glacier lagoon and this was a popular suggestion. Being able to see the lagoon in different conditions is worthwhile if you have the time. We postponed Landmannalaugar until the next day and headed back to Jökulsarlon to catch some evening light. Just before sunrise we headed up Skaftafell to shoot Svartifoss. Around 04.00 we headed back to the campground. I felt like my passengers were moving round to my body clock.

A delicious meal in Kirkjubærklaustur

The following day, after a good meal, full tank and some careful shopping, we headed into Fjallabak (behind the mountains). Landmannalaugar lay in waiting but first we had lava fields, horse drives, waterfalls and secret canyons to fill several hours on the way.

It was my second opportunity to visit Langisjor (Long shore Lake). I pushed the group to commit to the location for sunset and as we approached the sky was promising. But as we arrived at the lake we found the access restricted because a river had taken a section of the road (track). So second time around, disappointed with Langisjor, will it work a third time? Not to worry as we had some great stops as we left the lake. We passed some patchy fog before reaching Landmannalaugar and hour before sunrise around 02.30.

As I was unable to hike (turned ankle), I offered to set up the camp as my customers explored the part of Landmannalaugar local to the campsite.

We had a reasonable days sleep at Landmannalaugar. I had managed to set up the camp and make a couple of bottles of green vegetable juice with my hand crank juicer. My tendons aching from some of the shots I attempted. An air-mattress went down in the night. He survived. Conditions were nice in the afternoon as we awoke to a busy campsite. Some of the guys continued to explore for a few hours before we left the park reasonably satisfied. Unfortunately, as soon as we left the Landmannalaugar area, the weather turned bad to the extent that we had to change our itinerary. During a good meal at Fluðir, I suggested that travelling into the highland in this amount of rain would be a bad idea and the West seemed to hold more promising weather. so after a very wet Gullfoss and cloudy Geysir, we headed to Snæfellsnes and with an ever hopeful heart we aimed to get to Kirkjufellsfoss in time for 02.00 sunrise. Except that we found a mountain partially submerged in low cloud and not a whisper of any dawn colours anywhere.

Not to worry as we had at least escaped the rain and camped about 15 km away with a good view of the mountain. The boys were pleased to learn that I had bought them a proper beer (5%) while they were busy at Geysir. We got to bed early around 05.00 and as we were the only campers, we got a really peaceful night.

The next morning, Steven cooked bacon and eggs and we watched as light occasionally broke the clouds and lit up the church mountain. We headed into Grundarfjorður for coffee before having a second attempt at Kirkjufellsfoss.

I don’t often go for a portrait orientation here, but as I was setting up, I noticed the light on the mountain, so I went for it and I like the result. 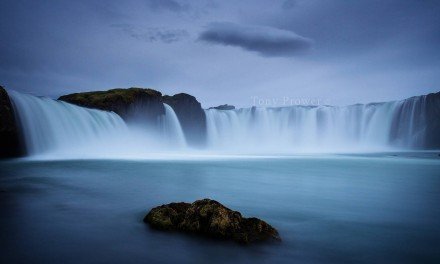 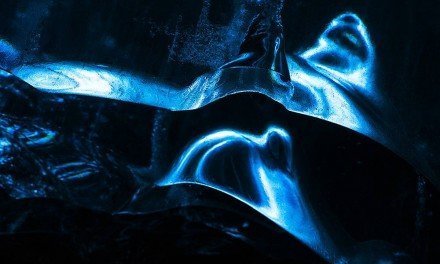 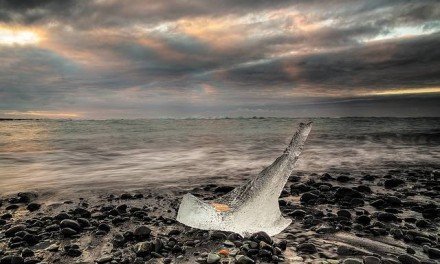