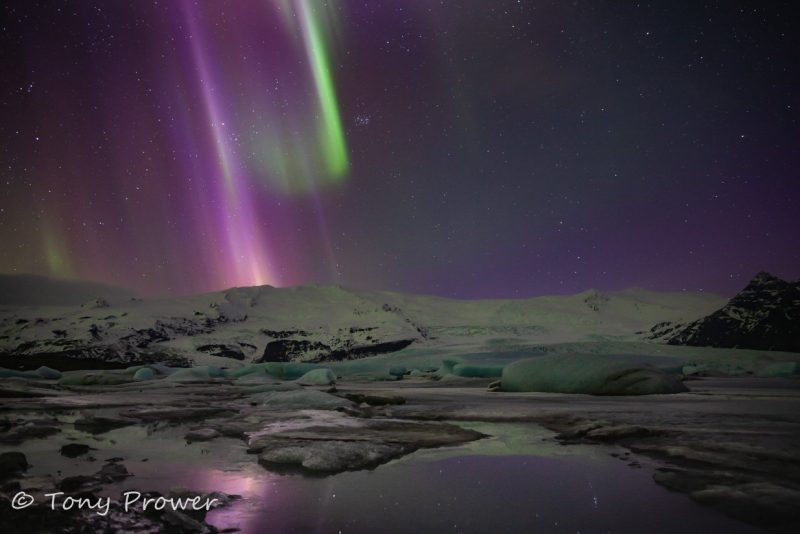 Seeing the Northern Lights in Iceland will give you a deep feeling inside, like riding a Ferris wheel or your first kiss. The Aurora will leave you spellbound.  A successful Northern Lights tour is something you will never forget. Capturing them with your camera  will take your friendship with the Northern lights to dizzying heights.  Aurora tours are like the ultimate Mystery Tour which could go in any direction and is full of anticipation.

When is the best time to see Auroras?

Northern lights can be seen from the end of August to the beginning of April in Iceland.  There is no way to see them in the Icelandic Summer because the sky doesn’t get dark. During the Winter, the Northern lights can appear at anytime after dark. The strongest Northern light shows are usually between 10PM and 2AM.  Sometimes they go on all night long.

There are several good ways to see the Northern lights. One of the best is to book with a real photographer. Arctic shots is a small family business run by passionate photographers. 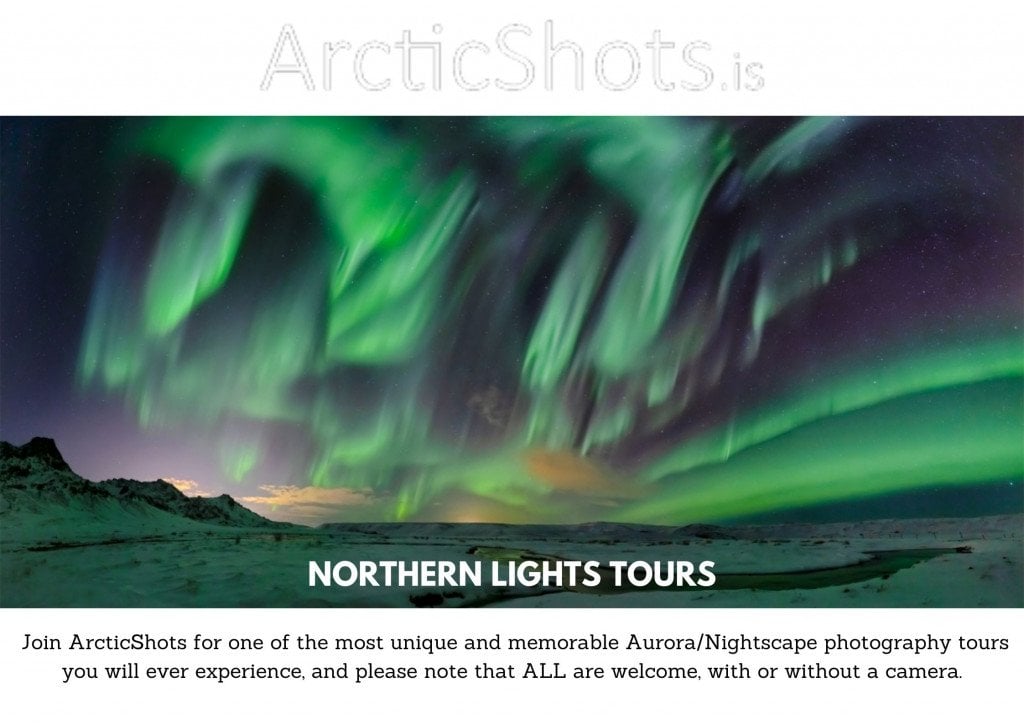 Auroras can only be seen in Iceland between late August and Early April.

These are weather dependent evening tours. The tours and activities below include pick-up from your Reykjavik Hotel. These can be booked through Viator. A small commission helps to support this website.

These Northern lights tours run from different parts of Iceland and are useful if you are traveling around.

The colours of the Aurora Spectrum are an ionic phenomenon that occurs when energy from the sun entering our atmosphere. Solar energy causes Electrons to collide with different gases in the ionisphere. This give us the impression of different colours. Oxygen shows a green/yellow colour. Nitrogen makes the Reds, Blues and violets (the most abundant gas).

The vikings believed that the dancing lights were the souls of the war-dead on their journey to Valhalla.  Many other cultures have seen them as omens of war.  In medieval Iceland, pregnant women were banned from whistlng for fear of being abducted by the aurora. The Greenlanders thought the Northern Lights was a giant Sky Walrus. 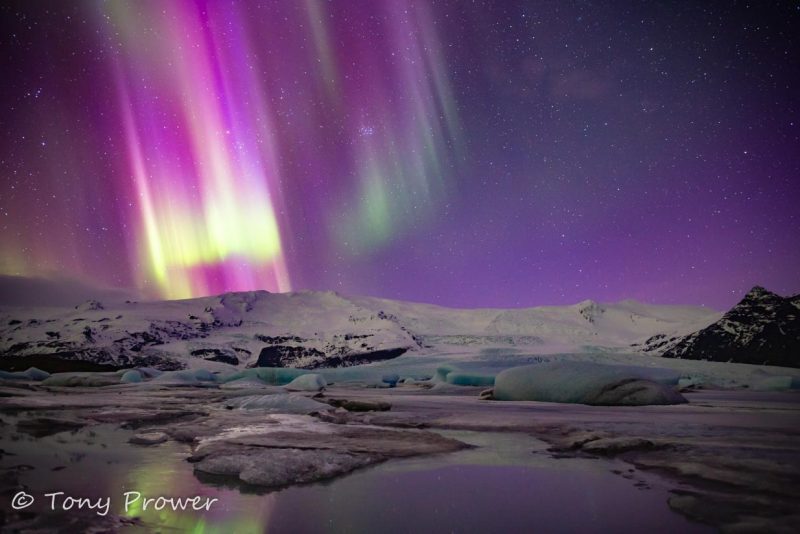 The perfect weather for Northern Lights is a clear sky.  In the mid-winter, a clear sky usually means that it is colder.  This leads to the mistaken view that the Northern Lights are caused by coldness.  They are just more likely to be seen when it is cold because the skies are clearer.  During the colder periods, the roads can be icy.  This is more likely to happen on less busy roads, so if you are out self driving, you GPS could be leading you into a difficult situation.  It is essential to check Icelandic Road Conditions.  And also the Local Weather. 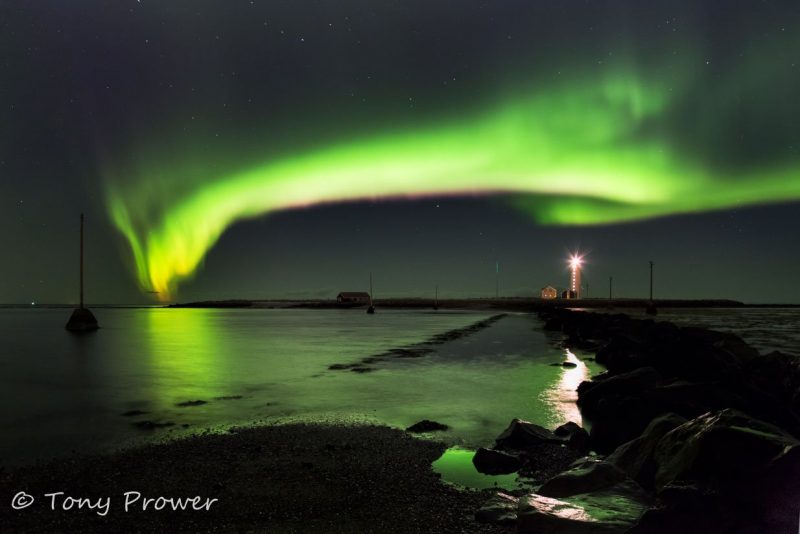 How to photograph Auroras...