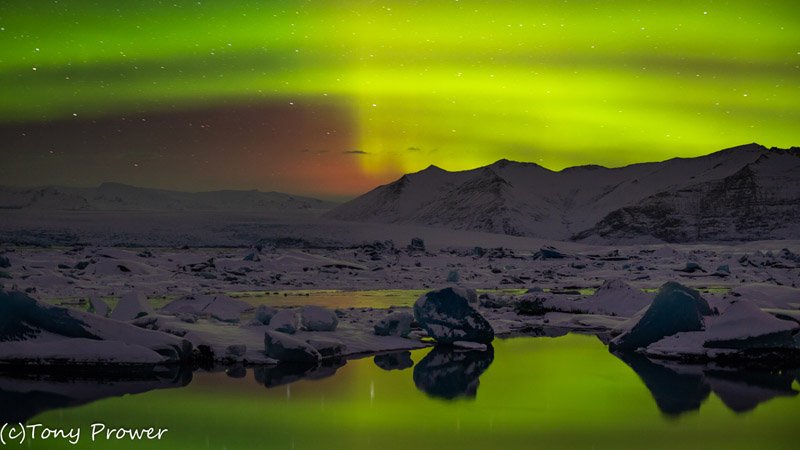 The orange glow in this Northern Lights photograph was from the Holuhraun Volcanic eruption in 2014. The eruption was Iceland’s largest fissure eruption for over 200 years. The lava flow was happening just North of Vatnjökull Glacier and we were at Jökulsárlón, just South of the Vatnjökull ice cap. So as we photographed the Northern Lights in the Northern sky, the volcanic glow appeared in our photographs at the shoulder of the mountains. To our eye, it was just a slight increase of luminescence.

This was a 30 second exposure @ f/2.8 and iso1000. Using the Magic Cloth Technique, the sky was exposed for 15 sec, while the ice on the glacier lagoon got the full 30 seconds. It is important to have a fast wide angle lens when you are photographing auroras because they often fill half the sky. My Canon 24mm prime lens is usually wide enough, but this lens was in for repair after the wind caught my tripod. I had to make do with my 50mm for a week. But as you can see, it is still possible to capture some decent frames with a 50mm prime.

This was just 1 evening on our 5 day Winter workshop in December 2014. We stay at the Country Hotel Hali which is a fantastic hotel just 14km (10 miles) from Jökulsárlón so we are able to quickly get to the glacier lagoon when there are Northern Lights. 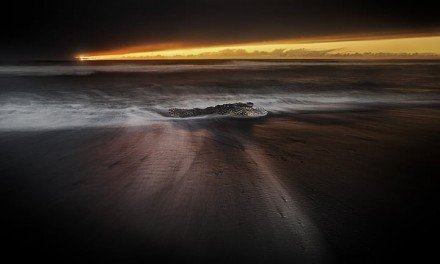 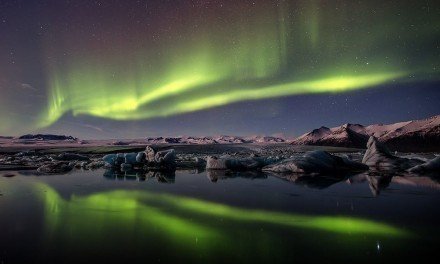 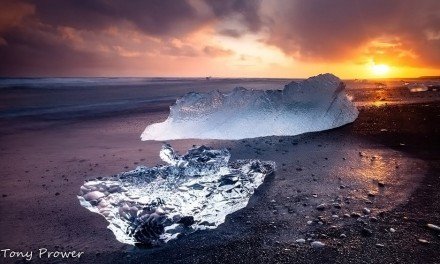 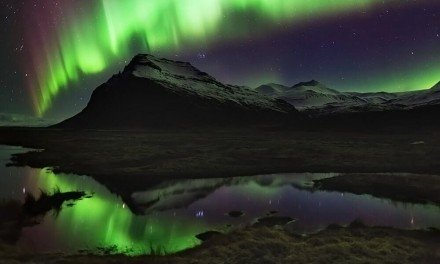